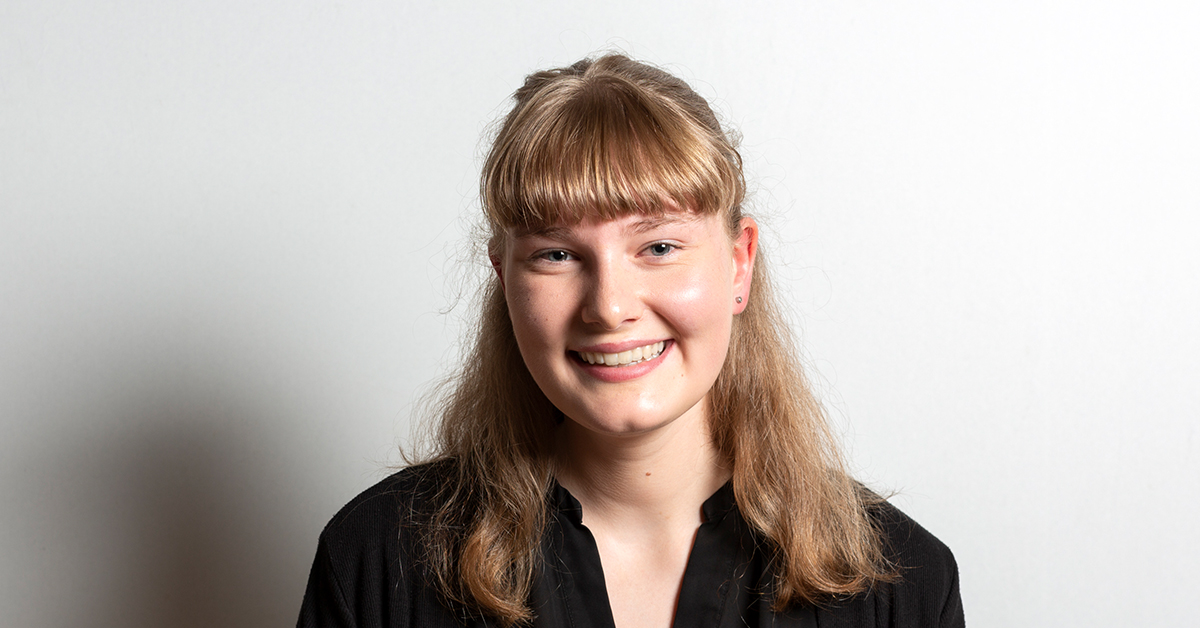 At the beginning of the year, we were fortunate to be able to have a chat with three of The Talent‘s alumni who are studying at the Australian National Academy of Music.  First up is cellist Charlotte Miles, who took out second prize on Series 4 of The Talent in 2017. In our chat, we discuss her time on The Talent, and she tells us how she prepares for a performance and how to make the most of your time on radio.

You can find out more about Charlotte here.

Charlotte, thanks for sitting down and having a chat with us. So, when did you appear on The Talent?

Was your appearance on The Talent the first time you performed on the radio?

I don’t think so. I think I’d played one or two times as a soloist on radio before, but it was my first time speaking on radio, so that was a really different animal.

It was fantastic. Looking back on it now, I didn’t appreciate enough at the time how useful that was in terms of media experience, in terms of playing on radio and listening to it later, and feeling how you sound without looking at yourself. It’s so different.

What did you play, do you remember?

I think I played second movement of the Dvorak concerto, and this crazy Bukinik Concert Étude No. 4. It was so insane, I don’t know why I chose that! [laughs]

Why did you pick that repertoire?

Well, Dvorak because it’s gorgeous…and I’ll have to get back to you on the Bukinik, I have no idea why I chose that! I remember having that thought while I was playing, “Why did I choose this again?” [laughs]

When you have a performance coming up, what do you do to get in the right headspace?

I think I’m really fortunate in that I’ve never really suffered from a lot of nerves. But, when I do have some pre-performance jitters, I like to think about the fact that we, as musicians, decorate time. Visual artists decorate space, but we decorate time. And so, that certain three-minute, or four-minute – however long your piece is – window of time that you will cross, and you will get to the end. Time’s always ticking. And it’s not something that you can go back and re-polish and do whatever like a visual artist and drive yourself insane. That’s kind of…that’s done. When it’s done, it’s done, and you leave, and you take your make-up off and you don’t worry about it ever again. And often, I don’t listen to myself after concerts unless I really want to, and it’s kind of this liberating sort of “that’s in the past, now we’re in the future” separation, that means that I’m always comfortable.

Because you were performing on radio at the time, did you do anything differently?

Yeah, it’s interesting. Sometimes when I perform on radio – not then, but now – I like to take my shoes off, or not bother with make-up, just to remind myself that this is about the sound, this performance. And I can communicate all I want, but that’s only helpful if I’m communicating real emotions and real stories that will be conveyed over the radio, rather than communicating for an audience; that’s a really different beast. So, I think taking the shoes off is a symbolic way of saying, “This is all about the sound, now”.

What were you most nervous about before appearing on The Talent, and how did you get through it?

I think, because I’d never spoken before on radio…I’d done interviews before, but speaking on radio is different again because you can’t see [the audience’s] face. It’s just a really interesting way of interacting with people. So, I think I was most nervous about that…in retrospect, now, just making sure that I was a little bit prepared in what I wanted to say and things like that.

What was the most fun thing about appearing on The Talent?

I think I just had a great chat afterwards with the adjudicators, with Blair Harris and Stewart Kelly. They’re so, so much fun, and we just had a really fun chat on the radio, so I don’t know what I was worried about at the time.

What’s it like performing in a radio studio, compared with in a concert hall?

You need to know what you’re communicating, and you need to be able to do it in a way that isn’t disturbed by it just being a glass wall rather than an audience full of people. Even though you’re not looking at individual faces in an audience, they’re always receptive and responsive, and they clap in the right places, and there’s an encouraging feel that just isn’t there when you’re in a studio by yourself. So, just ensuring that you are still clear in your intention, and your passion for the music.

If you had one tip for making the most of your time on radio, what would it be?

I’d say, pick pieces that you are really, really passionate about, because that passion will come through the radio to whoever’s listening at home or to the adjudicators. It will come through very clearly. You need to understand that you love it, why you love this particular piece, and you need to be able to want to show it to the world in a way that will make you stand out on the radio.

This interview was conducted thanks to the Australian National Academy of Music.

**TUNE IN AT 7PM!** It's our final interview special! At 7pm, tune in to 103.5FM (or stream at 3mbs.org.au) to hear pianist Karl Chiu and violist Jamie Miles chat to The Talent's host Teddy Darling about what it's like to be an emerging musician in a highly competitive world. You can also tune in later at our podcast.
Why is music important to soprano Lily Ward? It's a question of fulfillment.
For pianist Lesley Yim, the importance of music is deep.
**TUNE IN AT 7PM TONIGHT ON 103.5FM @3mbs_radio OR CATCH UP LATER ON OUR PODCAST**
For violist Molly Collier-O'Boyle, who appeared on Season 1, 2018, music is important because of where it can take your mind.
**TUNE IN TONIGHT AT 7! 103.3FM on 3MBS OR CATCH UP ON OUR PODCAST!**